Be careful, one patio can hide another! The Dar Sara riad (18 rooms) has two: one traditional with its four flowerbeds punctuated by a central fountain, the other with a small pool. The riad can also be coupled with the neighbouring Dar Sara Srira riad (small), which gives a third patio! On its own, the Dar Sara riad has 9 rooms spread around the two patios. The whole, which has been restored in a style that is both elegant and simple, is topped by a vast terrace on two levels, a real invitation to relax with its nomadic tent where it is good to have a drink or breakfast. 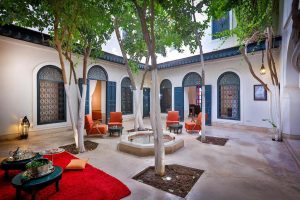 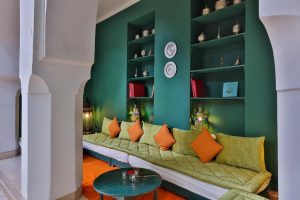 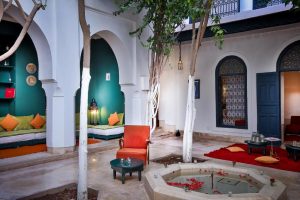 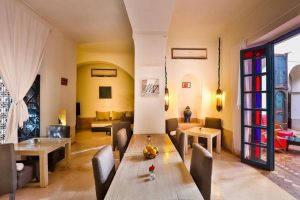 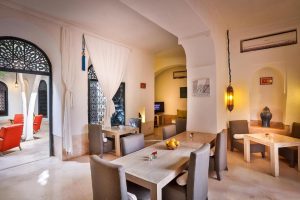 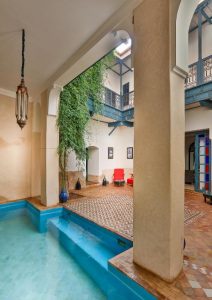 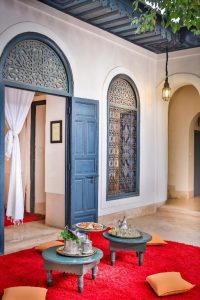 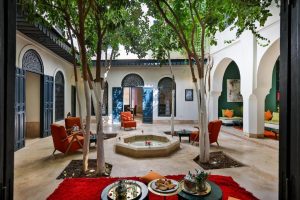